Buy your drink in a returnable cup and when you’re finished, scan and drop the cup into a return point to get rewarded. 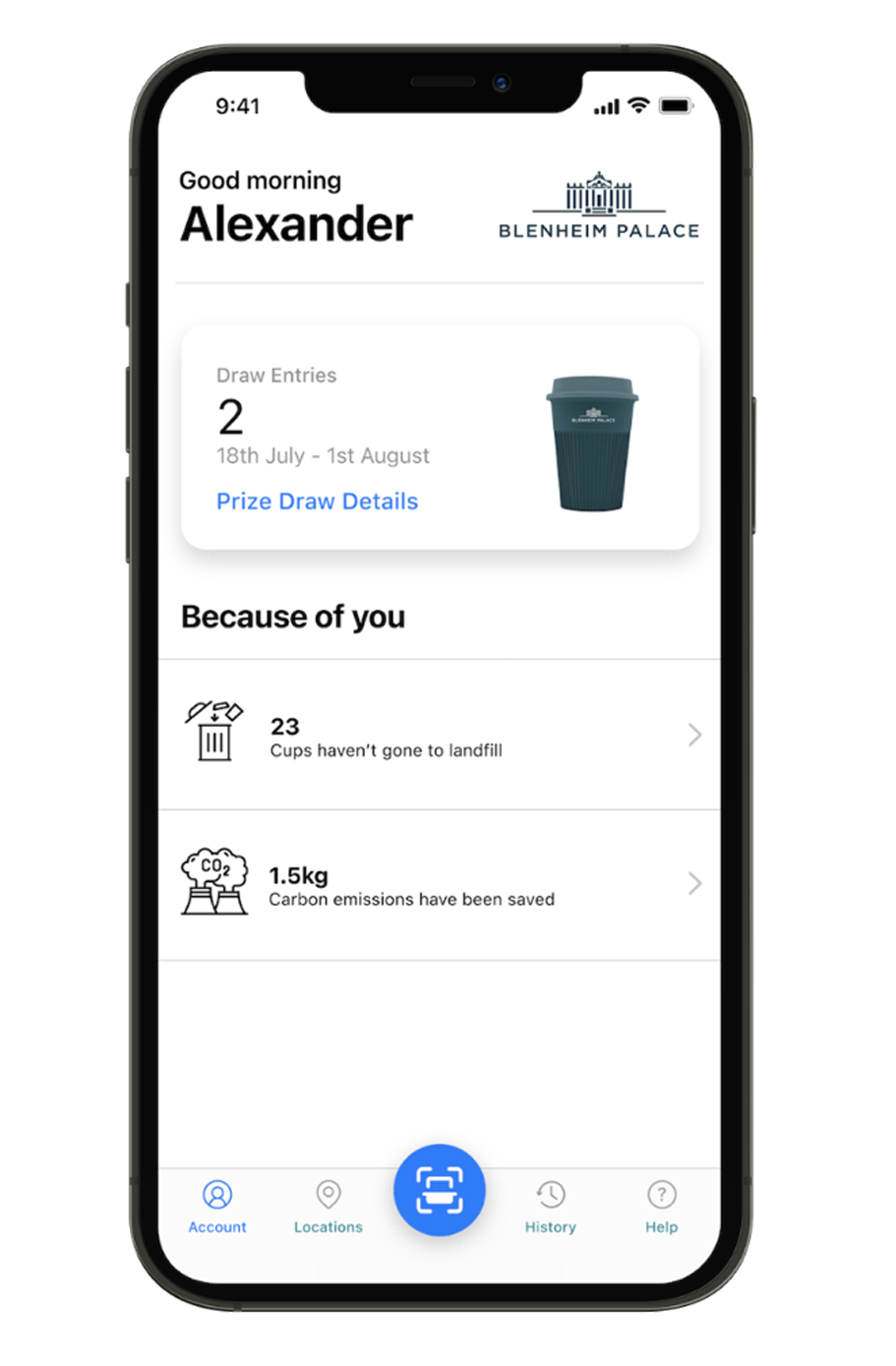 Blenheim Palace is a world-class visitor attraction and a UNESCO World Heritage Site, and we are proud to partner with them on the Digital Returnable Cup System.

Launching in the popular Walled Gardens, the Returnable Cup System replaces all single use coffee cups.

The flexible system allows for different user incentives in the future, from free prize draws to deposit reward.

“We believe climate change is the single biggest threat to Blenheim’s long-term survival and we’re committed to doing all we can to reduce and mitigate its impacts and help safeguard this World Heritage Site and its resources for future generations.

We serve over 400,000 hot drinks at Blenheim each year, so this new scheme has the potential to make a big impact.

As well as incentivising people to return their used cups, the initiative also helps us to analyse behaviour and better manage cup collection”

“We are delighted to be working with Blenheim Palace to help reduce single use cups.

By giving each cup a unique digital identity, we will measure the return of cups and also relate this to behavioural insights and impact.”

We are collaborating with Circular&Co who are creators of the Returnable Cup and other circular products. The returnable cup is designed to last at least 5 years and is 100% recyclable at end of life.

The returnable cup lasts over 500 wash cycles, and is 100% recyclable up to 6 times, meaning no new material is required for 9 years.

“After just 2 uses, the CO2 emission of the Returnable Circular Cup are offset versus a single-use alternative. This means that huge amounts of CO2 never reaches our atmosphere”

Bringing the UK’s first digital cup system to Blenheim Palace. Each cup has a unique QR code which, when scanned, automatically opens a returnable web-platform, entering the user into a prize draw when the cup is returned.

Our system can provide flexible incentives and rewards including a deposit and return scheme, all created to engage and incentivise your audience.

Delivering cup-to-cup traceability with a platform that allows Blenheim to delve into cup circularity, visitor engagement and project impact. 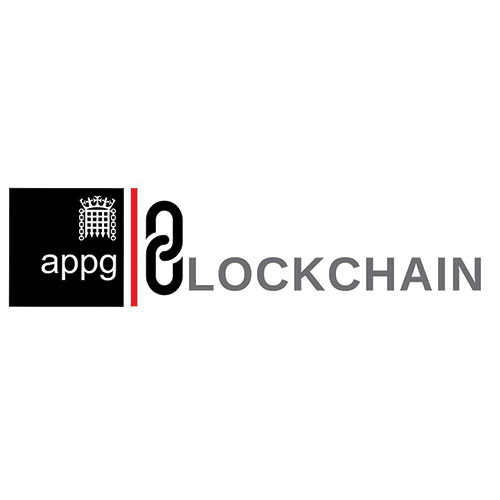 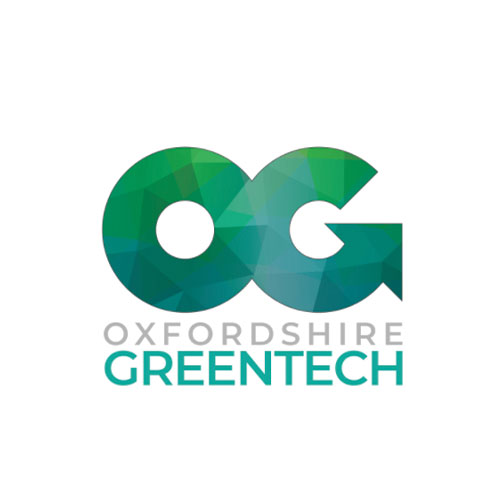 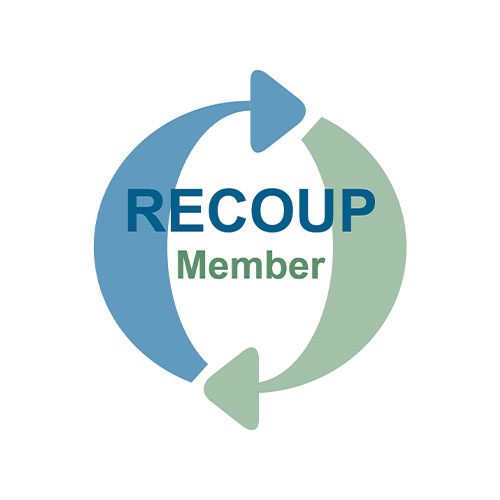 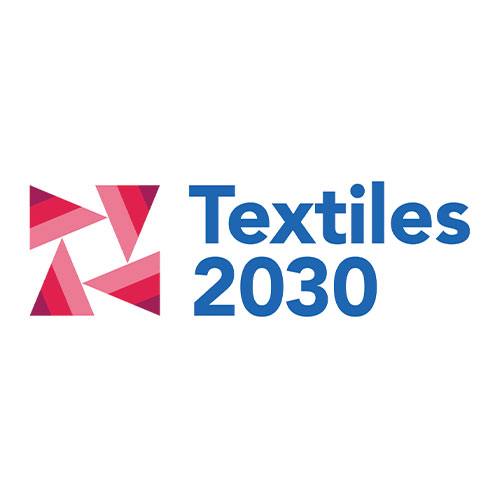 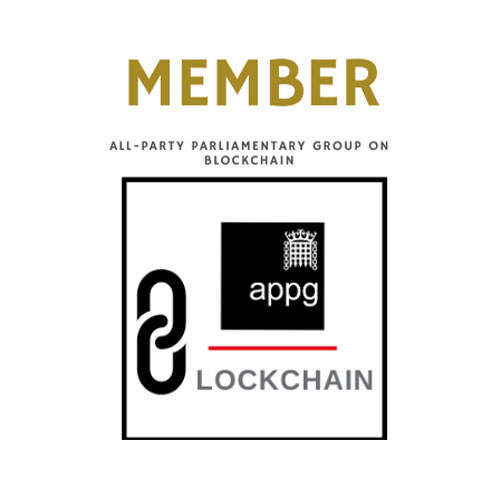 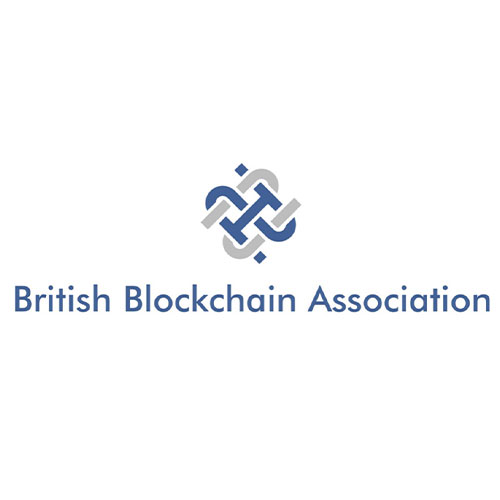 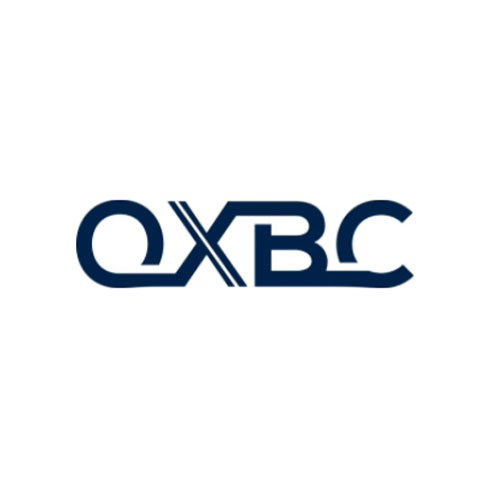 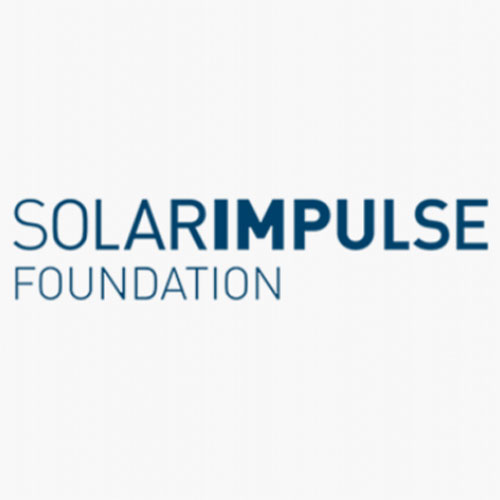 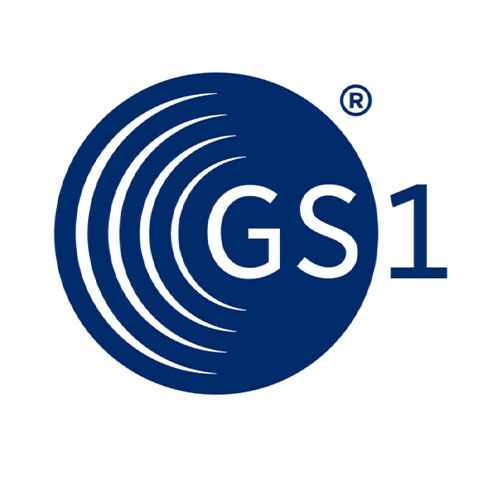 Our technology is also ready to roll out for digital recycling or digital re-use. We are known as pioneers in digital recycling, having run 2 world-first Digital DRS projects in 2020/2021 and a recent evian project at Wimbledon reaching over 500,00 visitors.

Please get in touch and we can chat through how re-universe can work in your organisation.

1. Transforming consumer behaviour around reuse and recycling – the app incentivises and rewards consumers for good behaviour, whilst having the ability to bring transparency and traceability to the supply chain

4. Capturing data and insights over time to understand consumer behaviour

5. Depending on the scheme, re-universe can work within existing waste management and infrastucture – reducing costs and carbon footprint

6. re-universe offers a real chance to accelerate change and make a positive difference

All of our live projects can be found on our website, we are working on a number of projects yet to appear so watch this space!

If you would like to talk to us about a potential collaboration please get in touch at hello@re-universe.com

CryptoCycle is not currently raising funds through external funding rounds.

However, we are always interested in talking to potential investors, particularly those who can bring relevant knowledge and experience.

There is a growing global awareness of the waste crisis; governments across the globe are under pressure to take action.

The UN Global Partnership on Marine Litter has an action plan put forward by the G7 and G20 and a resolution on marine litter and microplastics was adopted at the United Nations Environment Assembly.

The EU has set out its vision for Europe’s new plastics economy EU Member States will be obliged to reach a 90% collection rate for disposable plastic drink bottles by 2025. By 2030 all plastics packaging placed on the EU market will be recyclable or easily recycled. An EU target is in place for recycling 65% of municipal waste by 2030 and the EU has issued a directive requiring every soft drink producer to use at least 25% recycling by 2025.

Plans are in place to introduce a DRS scheme in England, Wales and Northern Ireland by 2023 with Scotland the first to implement within the UK.

Ambitious legislative targets are being put in place; many countries will struggle to meet targets and new processes and levers need to be developed to tackle the practicality of waste management and the inertia in behavioural change.

We believe radically improving reuse and recycling is the cornerstone to turning the plastic tide. It is clear that collection, sorting and reprocessing need to improve, but in parallel having a circular system that engages and changes consumers behaviour through incentivisation is critical to the success of any solution.

Deposit return schemes (DRS) are becoming more and more common all around the world. When you purchase a drink in a plastic bottle (in some cases glass) you’ll be charged a small deposit at point of purchase. When you return the bottle for recycling, you will receive your deposit back.

How your deposit is returned to you is dependent on how the country runs their DRS. In some nations, you’ll need to return the bottle to a Reverse Vending Machine (RVM) at a superstore or other retail location. In other countries, the bottle will need to be returned to a designated recycling point (like a council run tip or waste management site). Regardless of the location, the deposit is always able to be claimed back.

The UK government has announced a DRS will be introduced in England, Wales and Northern Ireland in 2024, with Scotland looking to introduce a DRS earlier.

re-universe have developed a system where deposits for beverage containers will be returned through an app that gives an instant reward or loyalty card style collection of points dependent on how the consumer wishes to be rewarded for recycling. This is known as Digital DRS and we are known in the industry as the Digital DRS pioneers.

We have run 2 World-first projects in Northern Ireland and Dublin and look forward to running more Digital DRS projects in the future.

We are really excited about the potential of re-universe, and are currently working with key stakeholders and interested parties to help bring this idea to life across the UK and beyond. Please do contact at hello@re-universe.com if you would like to talk to us about how re-universe could benefit your business.

re-universe technology is the cornerstone of many recycling and reuse projects that you may already be involved in!

Global smartphone ownership grows daily. According to recent research, in the UK 95% of all households in the UK own a mobile phone, with 78% of those using a smart phone and this number is growing fast.

Having an app based solution makes re-universe easy and convenient to use, however, for those without a smart phone, we have a home scan option.

re-universe uses unique codes, or serialisation, which are placed on each individual item (either on the physical product or a receipt).

Digitisation is without doubt the future of a true circular economy, allowing for traceability of waste, immutability, flexibility, rich insights and data – for cradle to grave accountability.

We are code agnostic – we can either create the unique codes for you, or work with your unique codes.

If you are a business and want to find out more about our digital cup system, fill out the form and we’ll get back to you as soon as possible.

We use cookies on our website to give you the most relevant experience by remembering your preferences and repeat visits. By clicking “Accept All”, you consent to the use of ALL the cookies. However, you may visit "Cookie Settings" to provide a controlled consent.
Cookie SettingsAccept All
Manage consent

This website uses cookies to improve your experience while you navigate through the website. Out of these, the cookies that are categorized as necessary are stored on your browser as they are essential for the working of basic functionalities of the website. We also use third-party cookies that help us analyze and understand how you use this website. These cookies will be stored in your browser only with your consent. You also have the option to opt-out of these cookies. But opting out of some of these cookies may affect your browsing experience.
Necessary Always Enabled
Necessary cookies are absolutely essential for the website to function properly. These cookies ensure basic functionalities and security features of the website, anonymously.
Functional
Functional cookies help to perform certain functionalities like sharing the content of the website on social media platforms, collect feedbacks, and other third-party features.
Performance
Performance cookies are used to understand and analyze the key performance indexes of the website which helps in delivering a better user experience for the visitors.
Analytics
Analytical cookies are used to understand how visitors interact with the website. These cookies help provide information on metrics the number of visitors, bounce rate, traffic source, etc.
Advertisement
Advertisement cookies are used to provide visitors with relevant ads and marketing campaigns. These cookies track visitors across websites and collect information to provide customized ads.
Others
Other uncategorized cookies are those that are being analyzed and have not been classified into a category as yet.
SAVE & ACCEPT